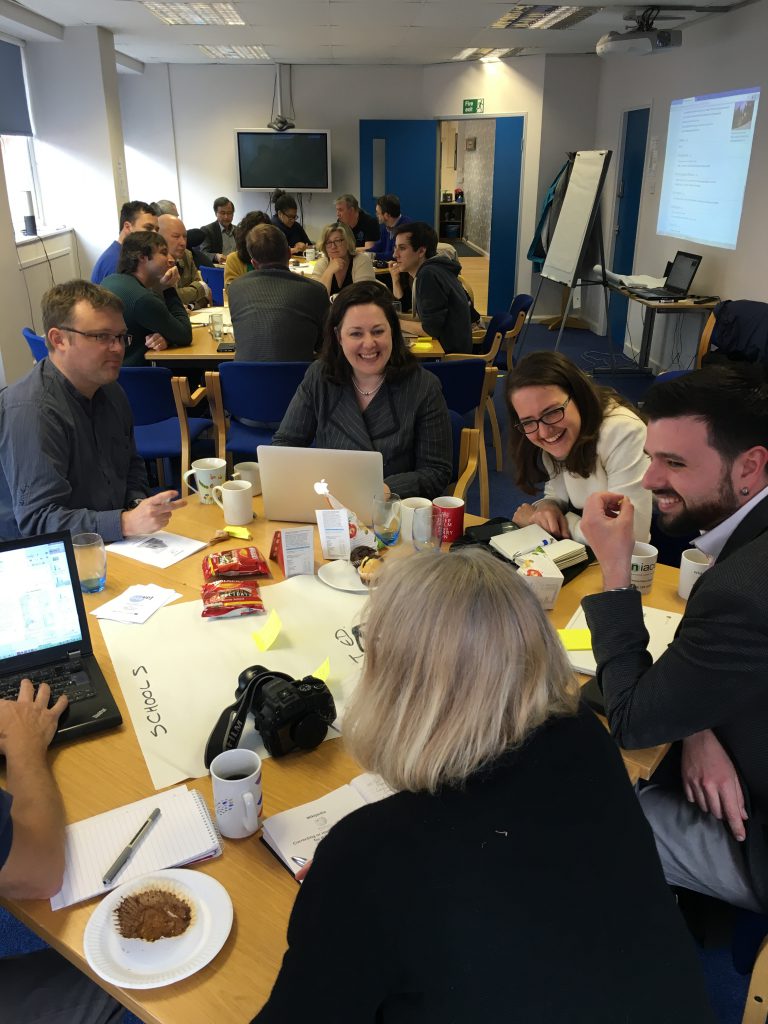 The Wikimedia UK Education Summit takes place on February 20th at Middlesex University, London, in partnership with the University’s Department of Media.

It follows on from the successful 2016 Wikimedia UK Education Meetup. Wikimedians and educators working in schools, colleges, higher education and adult education met in Leicester to help inform the work of Wikimedia UK in relation to education, and connect to others using (or wanting to use) Wikimedia projects. The day showcased educators supporting learning and actively engaging learners using a range of projects, including Wikipedia, Wikisource and Wikidata.

This event will continue to build connections and share expertise in relation to Wikimedia UK’s work in formal education. Everyone is welcome – whether you are just getting started and want to find out more about how Wikimedia projects can support education, or you are an established open education champion!

Why should educators attend?

The day will open with two talks. Melissa Highton (Director of the Learning, Teaching and Web Services, University of Edinburgh) will talk about the benefits of appointing a Wikimedian in Residence. If your institution is looking for an effective, affordable and innovative way of actively engaging students and supporting staff development through real world knowledge projects, this is a not-to-be-missed talk!

There will be a range of workshops throughout the day – ideal for those looking for an introduction to specific projects, or to brush up on their skills. Workshops include Wikidata, Wikipedia in the Classroom (and using the Education Dashboard), and how to maximise the potential of a Wikimedian in Residence in a university setting. There will also be a session looking at identifying and curating Wikimedia project resources for educators, helping to support others across the UK. Alongside all of this will be a facilitated unconference space for attendees to discuss subjects not covered by the planned programme.

Please consider signing up here for a lightening talk (of up to five minutes) to share projects and ideas, or email karla.marte@wikimedia.org.uk.

What can Wikimedia UK offer educators? 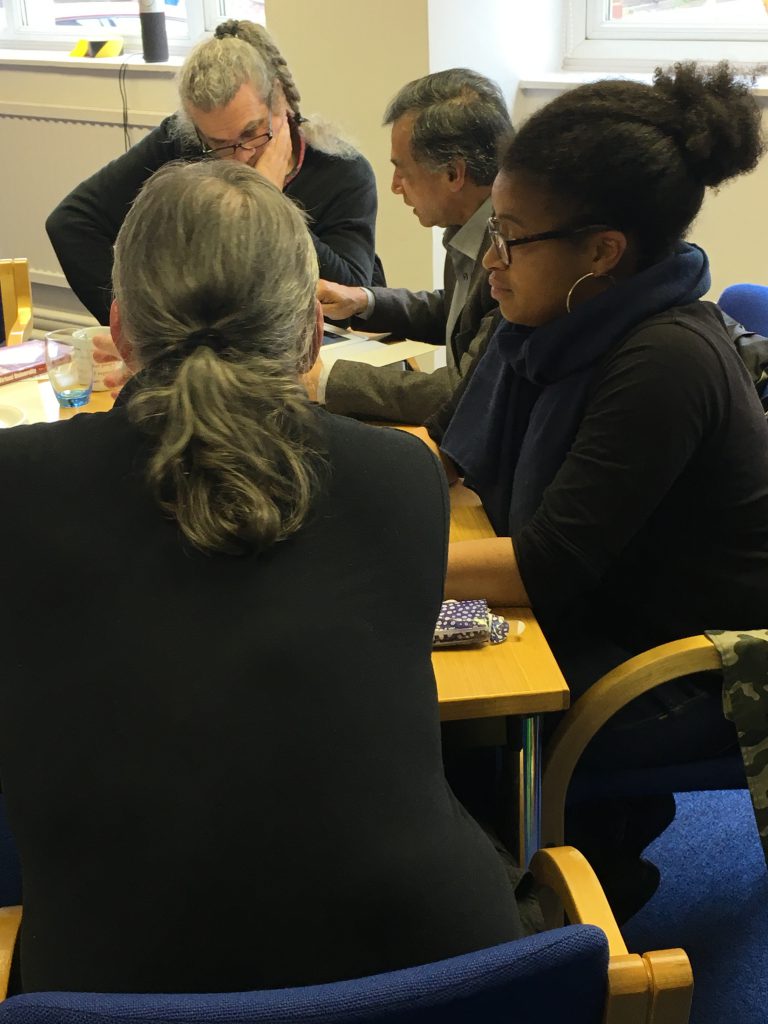 Wikimedia UK is the national charity for the global Wikimedia movement and enables people and organisations to contribute to a shared understanding of the world through the creation of open knowledge. We recognise the powerful and important role formal education can and does play in relation to this, but also the challenges sometimes faced by educators in relation to institutional adoption and use of Wikimedia projects, including Wikipedia.

This summit offers educators and Wikimedians in the UK the opportunity to work together to help learners and organisations connect and contribute to real world projects and to the global Wikimedia community.

Can’t make the summit, but want to be involved?

Become a Wikimedia UK member – membership is only £5 per year and provides a range of practical benefits – directly supporting the work of the organisation to make knowledge open and available to all, and being kept in touch about Wikimedia UK events, activities and opportunities. You can join online here.

Saturday 21 May 2016 saw Wikimedia UK volunteers and educators travel from across the UK to the City of Champions (and since you have an internet connection, you’ll know that’s Leicester).

I was fortunate enough to work with Fabian Tompsett, Wikimedia UK activist, volunteer and open education advocate, to co-organised the event. Supported and hosted by the Learning and Work Institute, the half-day meetup was designed to take open education in relation to Wikimedia projects forward across the schools, further education, higher education and adult education sectors.

Wikimedia UK is a charity that works with volunteers to support and promote active engagement with the wide range of Wikimedia projects – Wikipedia being of course the best known, since it consistently ranks as one of the most frequently visited sites globally. Like other Wikipedia projects, all of the content (text, images, multimedia, datasets) is typically in the public domain, or openly licensed (much under a Creative Commons Attribution/Share-Alike licence).

The event was designed to gather the Wikimedia education community – those currently involved in projects and volunteering, and to welcome newcomers. As a group we looked at the strengths of the organisation in relation to education, and to plan future initiatives.

The day started with an introduction from Wikimedia UK CEO Lucy Crompton-Reid.

Young people are producers not just consumers of open media; but how do we ensure validity and quality asks @lcromptonreid #wuked16

Educational strategic drivers for Wikimedia UK. Building on projects such as Wikipedia in the Classroom #wuked16 pic.twitter.com/J8xovhhpwO

#WUKED16 What capacity does @wikimediauk have to support education? Smaller programmes team, planning needs to be ambitious but sustainable

This was followed by short presentations on and discussion about current and past education focused projects.

Mira Vogal works with staff and students at University College London to plan, run and evaluate a range of digital education activities. Initiatives like UCL’s Connected Curriculum give students reasons to produce work “directed at an audience” and “out to the world”. Her talk Wikipedia includes the Talk and History pages, and corresponding articles in different languages. UCL Wikipedia work evaluations confirm that student activity depends heavily on their tutors’ lead, so sustaining Wikipedia work within a curriculum depends on how tutors understand the potential of Wikipedia and explain it to their students.

"Intended for an audience", "out to the world" #wuked16 presentation on PDF https://t.co/OQuwTfMZl4 & Prezi https://t.co/u9fMO6V7Dw

Charles Matthews has been a Wikimedia volunteer since 2003, working on Wikipedia, Wikisource and Wikidata projects. His talk focused on the Wikimedia UK Virtual Learning Environment project, which he leads on.

Didn't know @Wikimedia had a #moodle – finding out about it from @CharlesMatthe12 – brilliant! #wuked16

Stefan Lutschinger is a creative professional, curator, and lecturer in Media, Culture and Communications at Middlesex University. Stefan’s talk covered his experience of integrating Wikipedia into the MED3040 Publishing Cultures course at Middlesex.

Jason Evans was appointed as Wikimedian in Residence at the National Library of Wales in January 2015. Since becoming a Wikipedian in residence Jason has organised public events and shared digital content and is now looking to take Wikipedia into schools and universities through a number of initiatives. His talk covered developing projects and building trust in order to engage schools and universities with Wikipedia.

Jason creating a lesson for secondary students on using Wikipedia responsibly #wuked16; will reach teachers too.

Following the talks, we looked at some of the approaches to education Wikimedia UK staff and volunteers have established and how these could be promoted and improved. Things identified as particularly important and impactful included:

Much of the conversation focused on how to raise the profile of activities and ensure that educational organisations and institutions were aware of the opportunities and benefits of working with the community and accessing expertise.

We then broke into smaller groups, structured around sectors, to more closely discuss current and future plans. The reports back were wide-ranging and identified a range of technical developments (including the ability for teachers to curate image and multimedia Wikimedia assets into themed sets), the importance of sector specific staff training and support, working with learners, the opportunities afforded by family learning, promoting and raising awareness of Wikimedia UK, and Wikidata and data literacy.

It was a rich and reflective day, marking the start of a renewed focus on education as a priority area for the organisation. Wether you are already involved in Wikimedia projects and education, or would like to connect to other educators and volunteers, get involved! You can sign up to the JISC Wikipedia mailing list (which is for anyone interested in education and Wikimedia projects), and check out Wikimedia UK upcoming events.

Membership is a great (and low cost!) way to keep in touch with and contribute to Wikimedia UK. 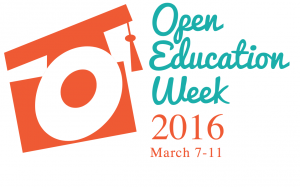 I’ve been supporting a range of great open education initiatives, contributing to this years Open Education Week activities and celebrations.

The new Learning and Work Institute  – an independent policy and research organisation, which joins the National Institute of Adult Continuing Education (NIACE) and the Centre for Economic & Social Inclusion – held an OER Jam in Leicester, as part of the Institute’s work on Open Education Resources (OERs) across Europe. The face-to-face event supported adult education practitioners in using OERs for teaching and learning.  The Jam was designed as a follow-up to the OERUP! Online training  – with supports people working in adult education, and can be started at any time.

I provided the wrap up talk for the day, focusing on the work we’ve carried out with schools across Leicester.

In March, I lead a webinar for the European Commission’s ExplOERer Project, which is designed to promote sustainability through OER adoption and re-use in professional practice. My talk supported week 2 of the project’s online Learning to (Re)Use Open Educational Resources course, and focused on introducing Creative Commons licences, and thinking through some key questions in relation to beginning to use and create OER.

I was also delighted to be invited to keynote at Opening Educational Practices in Scotland‘s fourth annual forum – #OEPSforum4. Following in the footsteps of some amazing open education luminaries – including Laura Czerniewicz, Lorna Campbell, and Alison LittleJohn, my talk focused on the mainstreaming of OER in education represented by the everyday use of sites such as Wikipedia and TES Resources, and approaches to making sustainable cultural and organisational change that put open education at the heart of professional practice.

In my next post, I’ll write in greater detail about the key challenges to centring OER in education practice across the sectors I outlined in the #OEPSforum4 talk, and how we can overcome these.