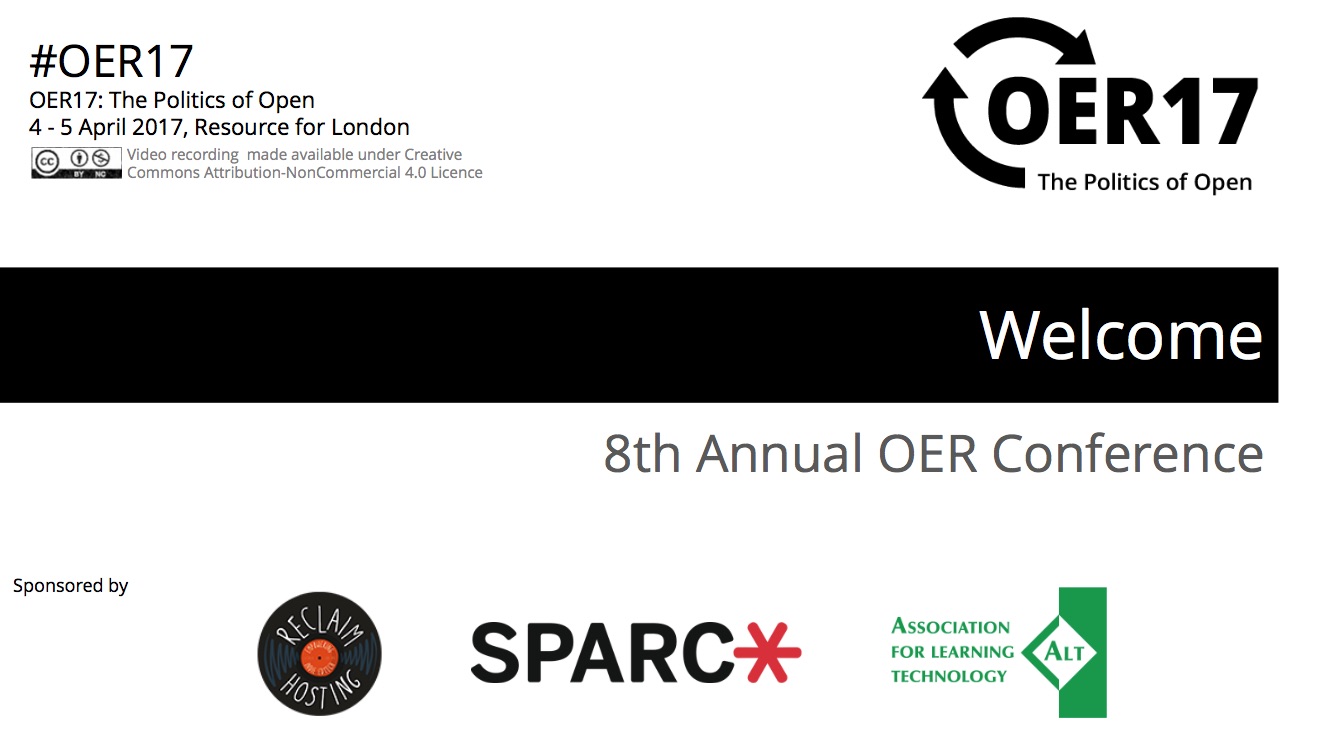 Notes from my opening comments:

On the 20th of April 2016, we announced the theme of OER17 would be ‘the Politics of Open’, in all of its aspects. In between then and now, #OER17 has become probably one of the most timely education conferences of the decade. This has quite a lot to do with Brexit (the UK’s referendum vote to leave the European Union) and the election in the US of Trump, but it’s not only because of these events. It’s also got to do with the ambition and the maturity of open education – where we are as a community and a movement. And it’s linked to the ongoing persistence of structural inequality – which isn’t at all new – and the emergence of the web as an everyday space.

I’m sharing a quote from American feminist activist Jo Freeman, who was writing 40 years ago, in the Tyranny of Structurelessness, about the ways in which organisations and movements are always structured by power relations implicitly.

“For everyone to have the opportunity to be involved in a given group and to participate in its activities the structure must be explicit, not implicit.”

““I’m not political” we all know what that means! It’s just another way of saying: “My politics are someone else’s!”

Typically the politics of organisations and movements that emerge without scrutiny are mimicking and adopting the existing forms of discrimination. So this conference is a really important and timely event for us collectively to explore, reflect on and challenge issues of diversity, equality and inclusion, both within the community, within our community, and in relation to the work of that community. 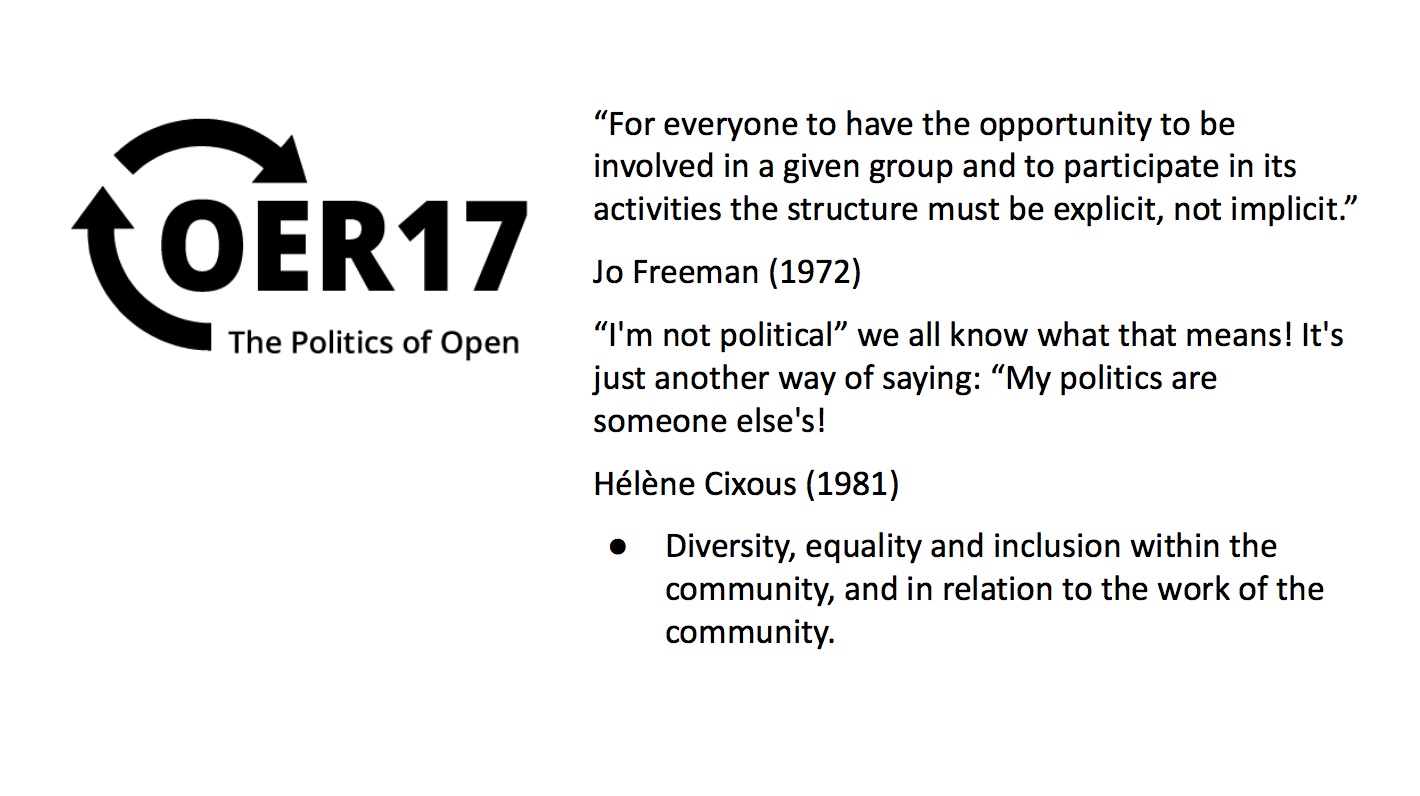 You can see a round up of the responses to #OER17 over at the conference website.

You can view the ‘bookend’ blogposts to this one from my co-chair Alek Tarkowski: Politics of Open: five ideas for the OER17 conference

And you can join the #OER17 organising committee online at our follow-up webinar on 20th April 2017.

One thought on “#OER17 Opening comments”