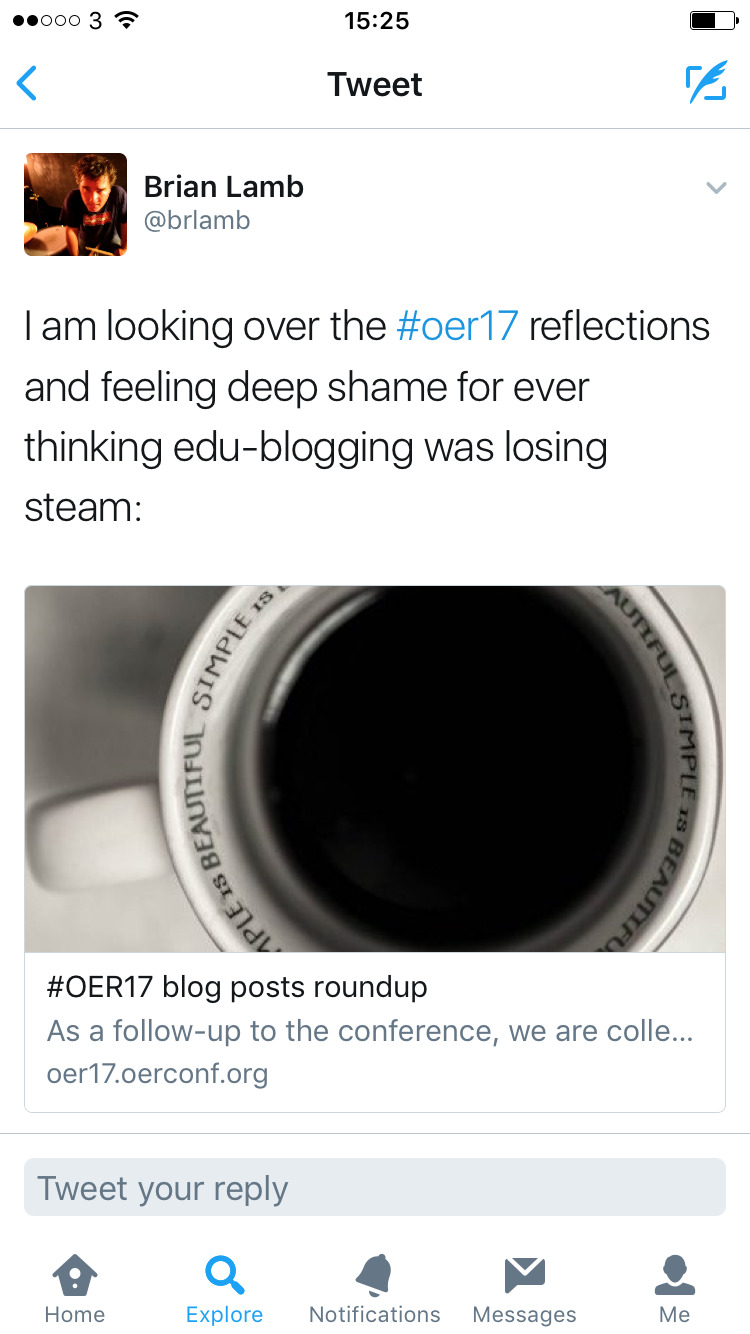 This was the third year of the international awards, and the second that I ran. I was delighted to see a massive increase in nominations, and a greater diversity in the countries and languages of nominees and finalists.

The Eddies are a community-based awards programme designed to recognise and promote excellence in the educational use of blogging and related software. This was my introduction to this years programme:

As the reality and potential of distributed learning and distributed learner identities and communities are increasingly acknowledged, articulated and understood, education moves further towards facilitating truly learner-centred and leaner driven environments.

A lot has changed in the world of educational technology since this time last year. The continuing rise and mainstreaming of easy to use network-as-platform applications, and increasing access to affordable online speed and space, have seen the continued expansion of users of all ages creating and communicating online.

Learners and educators still however face difficult issues around network restrictions, around data protection and ownership, and around commercial protectionism. This year has also seen a marked increase in hostility towards social networking sites in the US, demonstrating a widespread lack of appreciation of the informal and formal educational value of user-centred applications.

The Edublog awards are more relevant than ever in this climate – a space for us to refocus the debate surrounding young peoples use of technology as irresponsible, dangerous or illegal, and look at the positive, powerful and transformative work which continues to be demonstrated.

This year there were ten categories:

Huge congratulations to all the nominees, finalists and winners of the 2006 awards.
You can see all the winners over at the Awards blog. & Massive thanks to the EdtechTalk team – Jeff Lebow and Dave Cormier who hosted the awards show for the second year running.